Via Promotes Hagstrom and Puca

Jessica Weitzel, president at Via Evaluation, an applied research and evaluation firm in Buffalo, has announced the promotion of both Emily Hagstrom and Amy Puca to Senior Evaluator.

In addition to their ongoing evaluation duties, both will also be responsible for developing new client relationships and projects.

Emily Hagstrom has been with Via Evaluation for nearly a decade. Prior to her time at Via, she was a Spanish teacher for several public schools. She is Via’s specialist in after school evaluation. Hagstrom holds an M.S. Ed. in Adolescent Education and a B.A. in Spanish, both from St. Bonaventure University. She is active in the After School Network of Western New York (ASNWNY) and serves on their Advocacy Committee.

Amy Puca has been with Via Evaluation since 2011. Before joining Via, Amy performed research and evaluation work in education, psychology, and related fields for over a decade. She also worked as a tutor and New York City Public School teacher. At Via, she was instrumental in completing a plethora of grant and evaluation projects, as well as surveys and logic modeling. Puca holds an M.S. in Secondary Mathematics Education from The City College of New York, an M.A. in Psychology in Education from Teachers College at Columbia University, and a B.S. in Honors Psychology from Wayne State University.

“Both Emily and Amy are deeply invested in the Via team and in ensuring the highest quality of services for our clients,” said Weitzel. “They have each brought so many contributions to Via over time.” 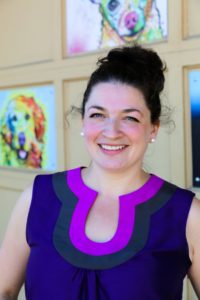 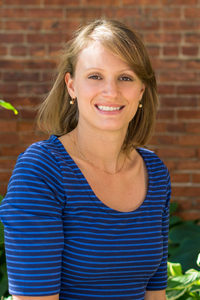 Fill out the information below, and we’ll send you our Quick Tips to Increase Web Survey Responses!